Find Your People and Head into the Unknown 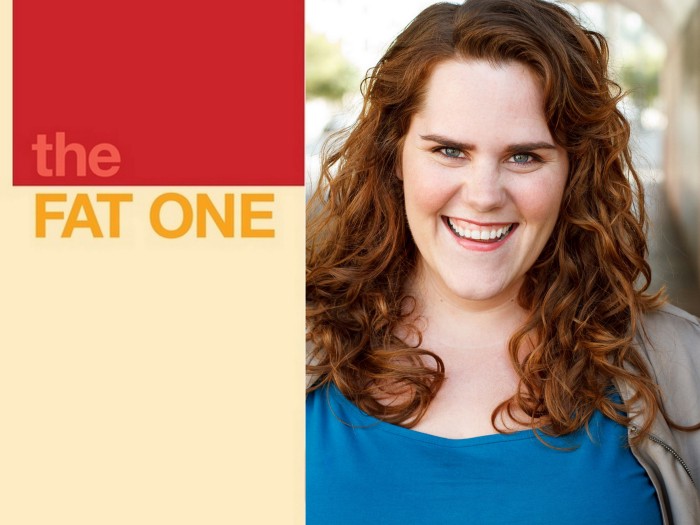 Fat. It’s a loaded word, attached to a host of stereotypes and capable of turning the most well-intentioned comment into an awkward moment. This latter scenario is exactly the situation that Katherine Alyse skewers in the opening to her series The Fat One. “You’re not fat. You’re a curvaceous, lovely woman.” Put this and similar comments under a microscope — or as Alyse does, around a refreshingly candid dinner table with friends — and you start to expose the many layers to our cultural obsession with body image.

The Fat One is the story of a young woman named Kate as she navigates the dating scene in Los Angeles. The show doesn’t pull punches when it comes to confronting the reality of being overweight in America — the world treats you differently. But despite the starkly honest discussion around the titular word, The Fat One is a full-fledged comedy, making jokes about everything from hiking dates to the friend-romance line and the inevitability of hating everything in your closet.

I had the pleasure of speaking with Alyse about creating comedy, writing against stereotypes, and creating a second season of her web series.

Carrie Mullins: The show is really funny. It excels at mining awkward moments, or “cringe comedy” in the vein of High Maintenance or Freaks and Geeks. Do you have a background in comedy? What is it like writing those scenes?

Katherine Alyse: Oh I love that you can feel the cringe comedy moments! I cringe at everything, so I never know what makes other people cringe. I’m perpetually too empathetic for my own good.

As far as comedy, I went through advanced study at Upright Citizens Brigade a few years ago, and was on a improv team there for a bit. Improv has been incredibly helpful at teaching me to uncensor, and getting the fun idea out as quickly as possible even if it’s clunky so then we can play.

So much of writing the cringe scenes is taking a real moment from my life and blowing it out, so normally it actually makes me feel better about what happened. One of those, “Oh it wasn’t THAT bad” revelations. It also helps that whatever I’m writing about is usually pretty distant emotionally if not always timewise.

CM: The first episode explicitly takes on the word “fat,” but the whole show pushes back against traditional media representations. What were the challenges to this project and writing against stereotypes?

KA: I’ve been obsessed with archetypes and stereotypes for as long as I can remember. Like cliches, there is something true about them, but they are also incomplete in a pretty important way. So they get discarded until we have some sort of personal experience with them.

The biggest challenge about writing against stereotypes is getting an audience to follow you into the unknown. We like to be able to package and compartmentalize people. It makes us feel safe. Now, more than ever, I think it’s incredibly important we as storytellers demand to imagine others complexly. To try and hold the whole human rather than the easily digestible parts.

The biggest challenge about writing against stereotypes is getting an audience to follow you into the unknown.

In the writing process, it’s a lot of me going back and looking at a character to see what my own biases against them are, and then expanding from there. So the biggest challenge with that is diving into my own stuff, and seeing when I’m not being a great human. NO ONE LIKES TO ADMIT THEY SUCK SOMETIMES, but I do. I practice admitting when I suck.

CM: You started releasing season two this month, which is centered around Kate’s new relationship. What was different about creating this second season?

KA: Season 1 was so much about what I wanted other people to know regarding the fat experience. How truly painful life can be because of other people; which, spoiler alert, is universal. Season 2 is what I wanted my 13-year-old self to know about the fat experience. That you can be seen. You can be loved. You can have good sex. You can hurt someone as much as they can hurt you, so default to kind whenever you can.

Logistically, having extra money through our Kickstarter campaign also really allowed me to play when creating this season. We didn’t just have to have Kate sitting at tables talking. She gets to move and go places that she literally couldn’t have gone last season.

More than anything I loved having funding to get our amazing Director, Morgan Dameron, and DP, Andrew Hodgdon, equipment to closer realize their visions. I’m super grateful for that. They’re very talented, and it was nice to have a bigger sandbox for them.

CM: Web series allow content creators to get their voices heard because there are lower barriers to entry for production but also because you don’t need a network to greenlight a project. Do you think a show like The Fat One has a future on the network TV? Is network TV even the future?

KA: That’s the million dollar question isn’t it? I think The Fat One definitely has a place somewhere in this larger media landscape, but I don’t think anyone would read this script and think OH MY GOD WE HAVE TO MAKE THIS! It’s hard to explain without something to show. Also a lot of what we do on set is finding the alchemy of what’s happening there and then. I re-wrote an entire episode once I met Alex Loynaz, who plays Alan. We could go deeper with each other than I imagined that character was going to be able to go so it changed.

I’m excited by the notion of having a half-hour to live with these characters, since the number one complaint I always get is, “I wish it were longer.” We let one episode go over 9 minutes, and we still had people saying that. Obviously those are the die hards that I love intensely, and The Fat One is fully their bag. It’s not everybody’s and that’s the joy of making content today. You just have to find your people. Say what you want to say in the truest way you can, and then let them find you.

That’s the joy of making content today. You just have to find your people. Say what you want to say in the truest way you can, and then let them find you.

I don’t know if The Fat One has a place on network television. I see it more on cable or streaming, but who knows. I would eliminate some cursing for a nice chunk of change, and a chance to really explore some themes. This is Us on NBC gives me hope that network is listening to the need for character centered pieces.

I think it’s hard for anything to be the future after it’s been successful. There’s a lot more to lose, and a reticence for change. Change is always the future. It’s why it’s so scary.

CM: What web series would you recommend?

KA: Hye Yun Park’s series Hye Yun on Wifey.TV. She’s a revelation, and has been called the Asian-American Louis CK. We share the impulse to let even short form get real and uncomfortable. Hye Yun is one of my favorite creators out there. I’m so happy she found me, and that I then got to find her.

Anything Brittani Nichols does is good for your soul. She has an older web series called Words with Girls, but also just her twitter @BisHilarious will fill all your epic online content needs.

Under The Table is a no brainer. You’ve featured them before and it’s such a joy to watch. So easy. Such a treat.

I love the Vlogbrothers, John and Hank Green, so Sci-Show, Crash Course, or The Lizzie Bennett Diaries rank high when I want to get my brain on. They don’t need my help though. They are doing fine.

Friends with Benefits from Ron Dias is another one of those great real series alternately screaming and whispering for you to invest in the characters. Is this enough? I can go on too long.

The internet is amazing. How do we get all these hungry artist soul’s paid?

Looking for your next favorite show? Head to Stareable.com for reviews of thousands of web series, all in one place.